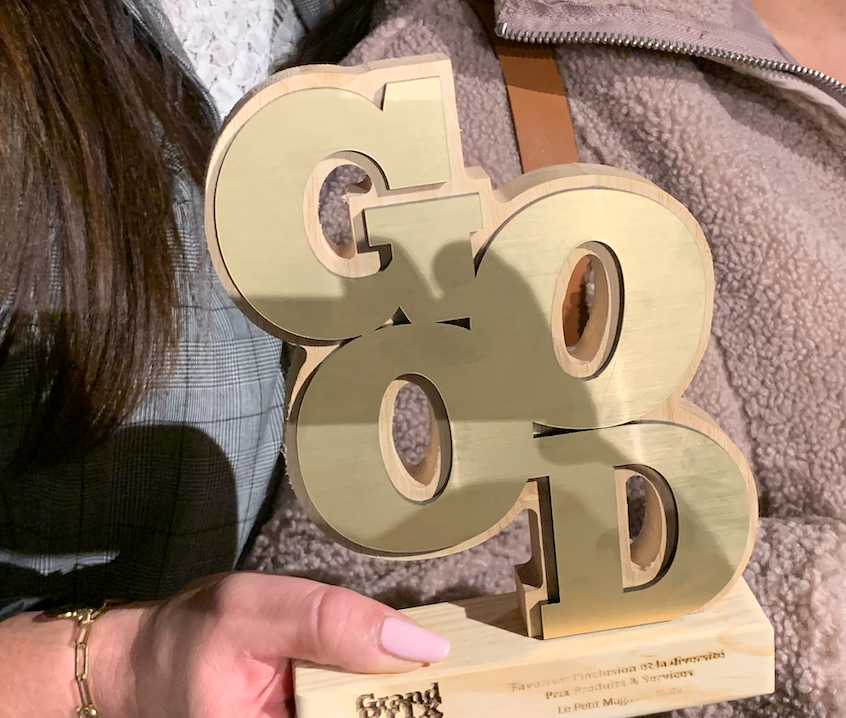 The Grand Prix de la Good Economie rewards sustainable initiatives by companies committed to social, societal and environmental responsibility. KIABI and its Petit Magasin were among the candidates selected by the jury of experts, which met on 28 September to examine the competing entries.

The winners were announced on 19 October at an event attended by 400 participants at the headquarters of Les Echos in Paris. Le Petit Magasin was awarded the Grand Prix in the “Promoting inclusion and diversity” category, which rewards actions that encourage equal opportunities in the workplace (inclusion, gender equality, diversity, etc.).

Franck, Kiabi HR leader and President of Kiabi Life, collected the award together with Juline, leader of the Poitiers Sud shop, which was one of the first small shops. “It’s a great reward for all the people who got involved in the project at the beginning and who contribute to it alongside us,” says Pierre, head of the positive impact business project.

Among the criteria that caught the jury’s attention: the ability to transform business and consumption habits, the innovative nature of the approach, the involvement of stakeholders and the impact on the entire value chain, the match between the results obtained and the objectives initially set, and the sustainability of the project.